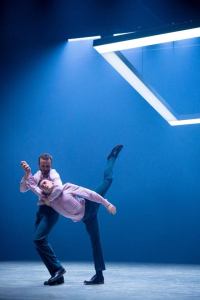 BalletBoyz were on tour to mark their 20th anniversary when the shutdown came. Undeterred, the artistic directors Michael Nunn and William Trevitt pivoted to video: their latest BalletBoyz show Deluxe kicked off Sadler’s Wells’ Facebook Premieres series on 27 March (running until 2 April, facebook.com/sadlerswells), and will also appear in the BBC’s Culture in Quarantine festival.

Read my full The i Paper review here

This entry was posted in Uncategorized. Bookmark the permalink.