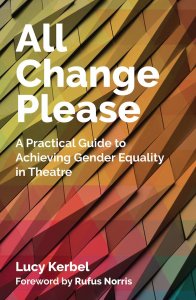 Another week, another dispiriting gender equality statistic, as research by The Stage reveals 75% of West End musicals staged in the past decade had no women on their writing teams; removing jukebox shows from the equation, just 9% featured music by female composers. It’s hardly an historical problem, either, with not one new musical crediting a female writer or composer in 2014.