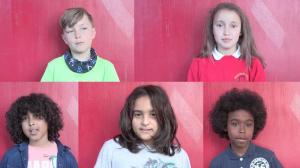 Once upon a time… Storytelling is an integral part of all human cultures, and a central pillar of an enlightened education. Some children get the hang of it quickly – they are, as the phrase has it, natural storytellers. This week the Royal Court introduces several youthful writers with Primetime, a series of short plays written by primary school children between the ages of eight and 11.

The new Royal Court playwrights join a sizeable pantheon of young authors, whom we celebrate in this edition of Listed. We have set the rule that, to qualify, the writer had to be under 18 when they picked up their pen. Ours is by no means an exhaustive trawl through the world of extreme precocity. Do let us know in the comments below who you think we left out.