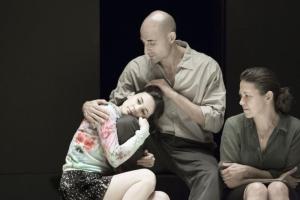 The Young Vic’s victory parade came as no surprise after a bumper year, but, in an impressive night for studio and publicly funded theatre, the egalitarian 2015 Oliviers also showered affection upon the Hampstead, Donmar, RSC, Chichester, Royal Court and Almeida. Many of their pioneering productions have already made it into the West End, proving – once and for all – that creative risk and profitmaking need not be mutually exclusive.