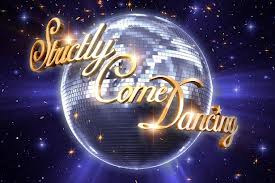 Is there something in the water? This weekend has seen a mass exodus from the BBC, with current Doctor Who Matt Smith and Strictly Come Dancing pros Vincent Simone, Flavia Cacace, Aliona Vilani and Erin Boag hanging up their sonic screwdriver and dancing shoes respectively.

Time to say goodbye
Matt Smith’s exit isn’t too surprising given his burgeoning film career – he’s Ryan Gosling’s leading man in the upcoming How To Catch A Monster – and does follow the trend of modern Whos doing relatively brief stints.

So, who will take over the iconic role? Laurence Fox is free after leaving Lewis, Joe Dempsie has both Brit and American appeal from Skins and Game of Thrones, Stephen Mangan threw his hat (er, scarf) into the ring, or we might even see the first female occupant of the TARDIS. If we do, surely the answer is clear: BAFTA-magnet Olivia Colman can do no wrong.

It takes four to tan-go
Flavia, meanwhile, follows in the footsteps of former pro Camilla Dallerup, who also left the series after finally clinching the glitterball. Vincent’s departure leaves a gap for another uncomfortable national stereotype (his VTs made The Simpsons look positively subtle), while Aliona will be sadly missed for her sterling contribution of excess flesh, chaotic choreography and cheerful disregard of others. See ya, Aliona! 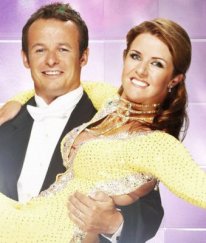 The loss of Erin, on the other hand, is a weighty moment. The end of an era. The woman who has been with us since the halcyon days of Series One, who has endured Julian Clary, Ricky Groves, Willie Thorne, Richard Arnold, the shocking departure of Austin Healey, and – ye gods! – Anton (who, for some mysterious reason, is still on the show. STILL. And he’s actually labelled a PROFESSIONAL), has finally chasséd into the sunset. Let us all raise a sequinned batwing in tribute. Or possibly a maraca.

The class of 2013
So, who are the perma-tanned newbies filling those bedazzled shoes? Let’s meet them…

Emma Slater
One of Dancing with the Stars’ spare blondes (they have quite the Stepford collection in their troupe at the moment), plus performances in Dirty Dancing and Burn the Floor.

Most likely to... enrage Len with lift-heavy routines before she gets into the Strictly groove.

Aljaž Skorjanec
Another Burn the Floor vet, and a rival for Artem’s trademarked ‘well-oiled sexy Eastern European’ schtick. Also, he went to medical school. Might come in handy during Mid-Series Injury Week!

Most likely to… forget his shirt buttons. And have his name mangled by Brucie.

Janette Manrara
Followed the well-worn route of So You Think You Can Dance (entering as a salsa specialist rather than ballroom) and Burn the Floor, plus a stint in Glee.

Most likely to… trample on Ola’s ‘short but sultry’ territory. 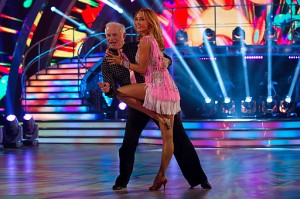 Most likely to… please the judges with challenging, trad content.